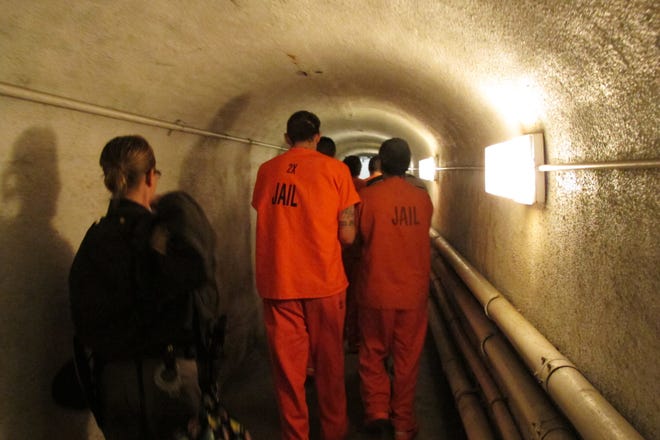 “You do the crime, you do the time.” For decades, this mantra has typified much of our country’s approach to criminal law. And there is significant merit to it. Individuals who violate the law must face consequences. A nation where people can cheat and steal and get away with a slap on the wrist is not a place many of us want to live.

Nonetheless, the simplicity of the slogan obscures the complex reality behind criminal convictions and their effect on families and communities. When an individual is sent to prison, that person’s family loses a source of love and financial support.

Children whose parents are incarcerated experience higher rates of behavioral problems, depression and other psychological challenges, as well as lower educational achievement and economic well-being. They are also more likely to engage in criminal activity themselves. Incarceration also impacts spouses and other family members who may be deprived of an important source of income or left to raise a child as a single parent.

Criminal convictions also exact a toll on the lives of offenders. Although this is an obvious and entirely justifiable goal — at least where the sentence is appropriate to the crime — the toll often extends far beyond the actual term of the punishment itself. Criminal convictions carry a host of collateral consequences, ranging from driver’s license suspensions to loss of voting rights to housing or employment ineligibility.

Even something seemingly minor like losing a driver’s license can have a significant impact on a person’s life. Lacking a driver’s license doesn’t just mean having to the take the bus or catch a ride to job interviews, doctor’s appointments and grocery stores. It also means lacking a crucial form of identification that may be necessary to apply for a job, sign a lease or get medical care.

Individuals reentering society after a term of imprisonment also need job skills, medical care and stable housing. Studies have shown that unemployment, mental illness and homelessness are all strongly correlated with recidivism. The goal should be to help people reintegrate into their communities successfully and to avoid creating cycles where individuals move from prison back into society only to reoffend and return to prison. Such cycles devastate offenders, their families and the community at large.

The time spent in prison should also be properly calibrated to the actual crime.

Federal law for many years has focused on ensuring that convicted individuals serve a certain minimum amount of time in prison. Although I have supported many such laws in the past and believe they can play an important role in ensuring consistency and adequate punishment, it is equally important that the punishments be fair.

Stories abound of first-time offenders or minor participants in criminal enterprises receiving decades-long sentences because of unyielding mandatory minimums. Federal law also allows judges to take into account conduct for which a defendant was actually acquitted in handing down a sentence.

To the extent these and other practices lead to unnecessarily long sentences, they serve only to inflict further damage on families and communities. Racial disparities in arrest and incarceration rates also raise deeply troubling questions about the fundamental fairness of criminal justice in our country.

These complex challenges make criminal justice reform one of the most important issues of our time. We need an approach that takes account of all of the consequences of criminal convictions, both on offenders and on the family members they leave behind.

First and foremost, we must work to reduce the impact of incarceration on families and communities, both during the term of actual imprisonment and beyond. We can do this by housing offenders as close to their families as possible and by reducing barriers to communication between incarcerated individuals and loved ones.

We can also do this by ensuring that individuals have the tools they need to successfully reenter society and avoid becoming repeat offenders. Key to this effort must be ensuring they have the documents and job skills they need to obtain gainful employment and reducing barriers to housing, medical care and job opportunities.

We also need to evaluate our sentencing practices to ensure that the sentences handed down are no longer than is necessary to serve the needs of deterrence and public safety. Perhaps fewer crimes need mandatory minimums. Perhaps judges should have greater discretion to sentence below mandatory minimums when individual circumstances warrant a reduced sentence.

Reforms to police practices must also be part of the discussion. Heartbreaking images of violence have brought home to many the need to ensure proper training and accountability for law enforcement. Officers and community members should be partners, not adversaries, in keeping our homes and communities safe.

Regrettably, bipartisan success on these issues has proved challenging. Although Congress made important strides with the First Step Act in 2018, progress in the years since has bogged down in partisan politics: South Carolina Republican Sen. Tim Scott’s effort to enact meaningful police reform legislation was unable to overcome a Democratic block, notwithstanding Scott’s stated willingness to entertain as many amendments as necessary to get the job done. Earlier this month, the House passed its own police reform bill on a nearly party-line vote. This is not the way to enact meaningful change.

On an issue like criminal justice reform, which is so important to so many Americans, bipartisanship must be the goal.

By working together in a spirit of compromise, I am confident we can make real progress toward creating a criminal justice system that lives up to ideals of fairness, safety and improvement for all Americans.

By: Orrin G. Hatch. Chairman emeritus of the Orrin G. Hatch Foundation, which recently launched an initiative to address the complex issues surrounding criminal justice reform. A Utah Republican, he served in the U.S. Senate from 1977 to 2019.