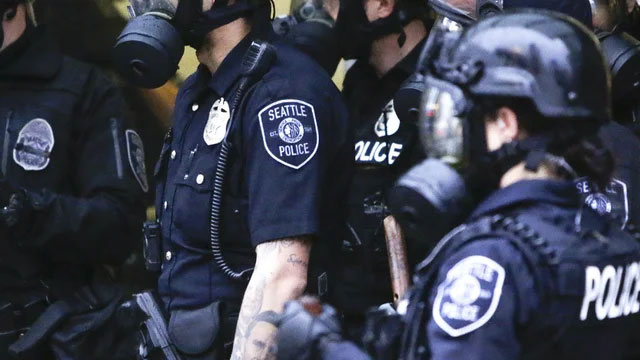 Even as the country breathes a small sigh of relief that Derek Chauvin will be held accountable for killing George Floyd, police violence continues to dominate national headlines. One fundamental question arises in many of these cases: why do we police low-level offenses in ways that too often lead to death, serious injury and lasting community trauma? All of us (should) value liberty and, of course, life over these minor harms.

Daunte Wright’s expired registration and dangling air fresheners are not worth the time, cost and risk of a traffic stop. Neither are allegedly missing license plates (Caron Nazario) or failing to signal a lane change (Sandra Bland). The same can be said for street stops for jaywalking during a winter storm (Rodney Reese) or selling untaxed cigarettes (Eric Garner) that ripen into arrests.

So what explains the routine over-enforcement of these nickel-and-dime offenses? One part of the answer can be found in two Supreme Court cases that will celebrate milestone anniversaries in the coming weeks. Together, Whren v. United States and Atwater v. City of Lago Vista permit police to use stops and custodial arrests for low-level offenses to get information about more serious crimes. Officers are likely empowered by Whren to act on their racial biases and incentivized by Atwater to make unnecessary arrests. Those decisions demand reconsideration if the court is going to play its constitutionally required role to protect fundamental liberty rights. Otherwise, the court will continue to seem irrelevant to urgent national conversations about how to protect Black and brown communities from the police.

For officers, pretext stops can be a means to another end: Officers who have enough suspicion for a minor crime can stop a person in the hope that they might unearth weapons, drugs or other evidence of more significant crime. This is highly problematic because officers frequently lack the suspicion that would be necessary under the Constitution to gather this information.

Twenty-five years ago, in Whren, a unanimous Supreme Court blessed these practices by refusing to probe officers’ motives or to look at the effects of these practices on minority groups. So long as officers have a superficially valid reason for a traffic stop, the court will not provide any remedy. Instead of recognizing the constitutional unreasonableness of racial profiling and creating barriers to traffic stops that were already widely understood to be stops for “driving while Black,” the Whren court ratified them.

As a result, police routinely used traffic stops to cast a broad net for crime: to get a peek in the windows; to ask drivers for information about other crimes; to pressure for “consent” to search; to trawl databases; and, sometimes, to bring out drug-sniffing dogs.

Five years after Whren, in a decision that will turn 20 years old on April 24, the Atwater court compounded these errors by upholding a custodial arrest for a minor violation. Atwater argued that her arrest for a seatbelt violation that did not carry any possibility of jail time was unreasonable and unconstitutional. The justices, acknowledging that Atwater’s arrest was “foolish,” a “gratuitous humiliation” and a “pointless indignity,” seemed to avert their eyes while they declined to use the Fourth Amendment for its intended purpose: to restrain overzealous policing.

The decision was terribly wrong then and it has only become more obviously flawed in hindsight. Custodial arrest is an overwhelming intrusion on the fundamental liberty, autonomy, personal security and dignity rights that the Fourth Amendment protects. The weapon of arrest is a disproportionate and therefore constitutionally unreasonable response to low-level harm. The Atwater court fractured near the center, with four dissenting justices anticipating much of what has played out over the last two decades.

One of the most offensive parts of the Atwater decision was the majority’s confidence that “the country is not confronting anything like an epidemic of unnecessary minor-offense arrests.” It is doubtful that the statement was true in 2001, but it certainly does not hold up today.

Society is finally scrutinizing the range of different decisions that enable these violent and too often deadly confrontations between agents of the state and its people over minor crimes. Legislatures are slowly — but too slowly — reexamining decades of knee-jerk criminalization of low-level harms. More jurisdictions are relying on citations and appearance tickets for low-level offenses or requiring supervisor approval for certain misdemeanor arrests. Some police departments explicitly forbid racial profiling and track data to monitor the practice.

While these reforms are promising, the Supreme Court must also take action — we are at an all-hands-on-deck moment for criminal justice reform in this country. In other contexts, the court protects fundamental rights by requiring that the government achieve its reasonable goals by adopting policies or programs that meet the test of being the least intrusive way to accomplish those objectives. In Atwater, and too many other decisions, the court has shied away from imposing that requirement on police under the Fourth Amendment. Our communities, particularly those Black and brown communities subjected to the most aggressive police intrusions on physical liberty, pay far too great a price for the court’s faith that good cops will avoid bad outcomes.

By: Lauryn P. Gouldin, from The Hill.