Wellcome says it has perpetuated ‘systemic racism’ in science 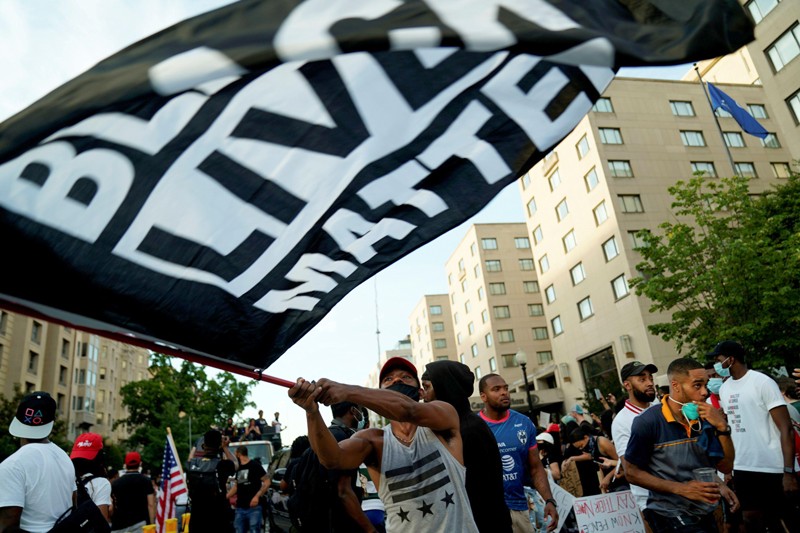 The research funder’s admission has been largely welcomed, but experts say many institutions need to do much more to implement anti-racism pledges.

Wellcome, one of the world’s largest philanthropic funders of research, has allowed institutional racism to fester in the organization and is “perpetuating and exacerbating systemic racism” in the research sector, according to an independent evaluation of its efforts to become an anti-racist organization.

The report, published on 10 August, comes after the March resignation of Wellcome’s anti-racism expert group, whose members expressed their disappointment with the leadership’s slow implementation of previously agreed anti-racism principles. It makes several recommendations for combating racism.

“The issues encountered with Wellcome are not unusual,” says Addy Adelaine, a specialist in making research inclusive who leads the non-profit organization Ladders4Action in Inverclyde, UK, which works for positive social change. “What’s different is that Wellcome now seems to be embracing honest discussion and action,” she says.

Responding to the findings, Wellcome director Jeremy Farrar announced a dedicated stream of research funding for people of colour, and said that when grant proposals have similar merit, the organization will favour funding researchers who increase the diversity of its pool of grant recipients. “We have done too little to use this power to counter racial inequity in research,” said Farrar in a press release announcing the report.

Wellcome — which spent £1.2 billion (US$1.4 billion) on research in 2021 — will also create a position on its executive leadership team dedicated to diversity, equity and inclusion (DEI).

The funder was one of several scientific organizations worldwide to make anti-racism pledges in the wake of the global Black Lives Matter protests in 2020. But diversity experts say that many organizations still need to take robust action on racism and equality.

“Unfortunately, most just stopped at commitments and proclamations,” says Ngozi Erondu, an epidemiologist and public-health adviser at the policy institute Chatham House in London. Most universities and organizations have not done any follow-up to check if there have been significant changes, she says.

DEI experts hope that Wellcome’s actions will spur other global research organizations to review their own practices. Several UK organizations, including the Royal Society of Chemistry in London and the prestigious London School of Hygiene & Tropical Medicine have also published reports identifying racism in their ranks, and have pledged to revise their diversity and equity practices.

In many cases, students and researchers are pushing their organizations to acknowledge racism. “Black and global-majority researchers, inside and outside of academia, are using the power of the Internet as a platform for community organizing, holding organizations publicly accountable, making space for ourselves,” says Erinma Ochu, a neuroscientist and immersive-media specialist who will join the University of the West of England, Bristol, next month.

In 2020, ten Black women, including Adelaine, wrote an open letter to UK Research and Innovation, Britain’s central research funder, after a £4.3-million fund to explore COVID-19 and its disproportionate impact on Black, Asian and other minority-ethnic communities in the United Kingdom gave no grants to Black academics.

“We have already started implementing actions to bring about change, but we recognize we have more to do, and must move faster to tackle these long-standing structural and systemic inequalities,” says Melanie Welham, UKRI’s executive champion for DEI. A spokesperson pointed to the organization’s efforts to create a DEI strategy, a draft of which is being revised after community consultation.

The United States is facing a similar reckoning. An analysis1 published in July of funding rates at the US National Science Foundation (NSF) between 1996 and 2019 found that white principal investigators were more likely to get funded than were colleagues of colour. The NSF accepted the findings of the study, which was led by geochemist Christine Yifeng Chen at Lawrence Livermore National Laboratory in Livermore, California. Agency director Sethuraman Panchanathan “shares these concerns [about] systemic racial disparities in funding at the NSF and other federal agencies”, Science reported last month.

And in April this year, the Bill & Melinda Gates Foundation in Seattle, Washington, published its first report investigating DEI at the organization and its partners. The report, which considered employee surveys, interviews and data, found that although the foundation’s staff had become more diverse, it still had several issues to address. These were notable in areas such as recruiting, management and performance assessment. “Foundation leaders expressed a strong commitment to DEI but often do not translate that into action,” the report said.

A Gates spokesperson said that the foundation, like most organizations, is “concerned about structural racism, sexism and other forms of bias”. It is improving its grant approval and review process to represent the people it serves, working to increase partner diversity, and engaging diverse voices in strategy development, the spokesperson added.

Ultimately, diversity experts want to see action, rather than lip service, on racism and equality. “Wellcome are at the beginning of their journey, but it seems they have now faced the challenge,” says Adelaine. Ladders4Action has received a Wellcome grant to run a workshop at which DEI experts, academics and students will co-produce a retreat for Black scholars and those from other minority-ethnic groups. “I look forward to seeing what happens next. Because of their recent actions, I have hope.”