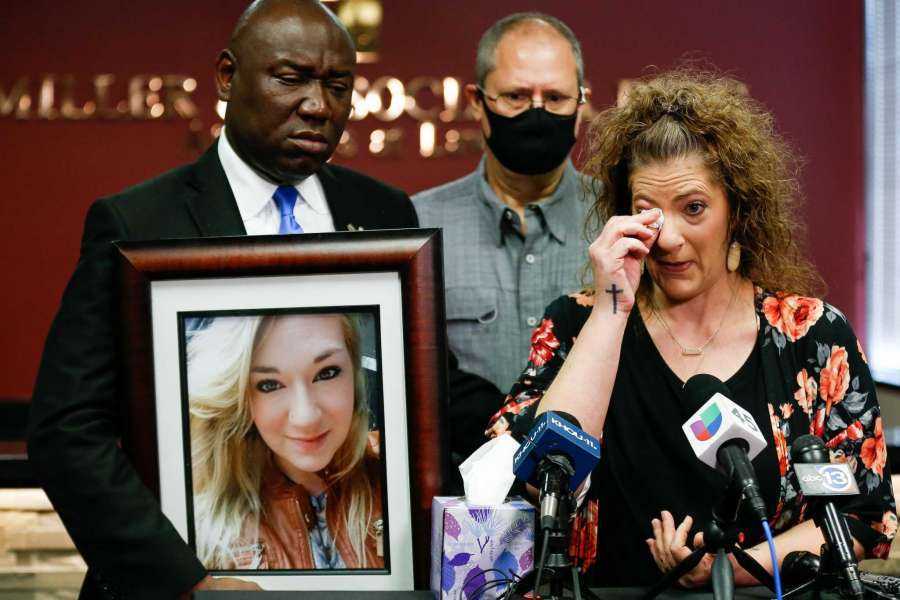 The mother of a pregnant woman who was stabbed to death in 2019 has sued Harris County over its misdemeanor bail practices, blaming the system for allowing her daughter’s husband to be released on a cash-free bond after he allegedly assaulted his wife and killed the family cat.

Nationally-known civil rights attorney Ben Crump on Tuesday filed the federal lawsuit on the behalf of the family of Caitlynne Infinger Guajardo, whose husband allegedly stabbed her in the abdomen 20 times in August 2019. At a news conference Wednesday, Crump said he hopes that the county can determine how to protect victims from foreseeable violence while toggling the rights of poor people who are accused of lower-level crimes.

The litigation itself is more condemnatory, however, of the 2019 misdemeanor bail reform settlement in federal court, which overhauled pre-trial release processes for indigent defendants. In the suit, Crump and his co-counsel Brian Mazzola asked whether that settlement followed court mandates and was ultimately legal.

The Harris County Attorney’s Office has not responded to requests for comment.

An attorney with Civil Rights Corps, a Washington, D.C.-based nonprofit which brought the O’Donnell bail reform lawsuit against Harris County, called Crump’s case “meritless.”
Bail reform allowed for prompter releases of misdemeanor defendants under personal recognizance, or “cash free,” bonds, but the defendant in Infinger Guajardo’s case faced two misdemeanor charges that removed him from the mandates of the federal settlement, senior attorney Elizabeth Rossi said. That means a magistrate or judge made an individual decision to grant him cash-free bail, she said.

“This person’s tragic death has nothing to do with ‘bail reform’ or the O’Donnell litigation,” Rossi said. “All of the data shows that the lawsuit is a huge public safety success and has saved lives and kept families together. This lawsuit is just another effort to peddle false narratives.”

Crump said on Wednesday that Infinger Guajardo’s case exemplifies the problems victims’ families are facing in Harris County. Her soon-to-be ex-husband Alex Guajardo was already out on personal recognizance bonds for a DWI charge and a failure to stop and give identification charge

Previous Resolving hardships for children, families key to criminal justice reform
Next You Have Election Questions. We Have Answers.