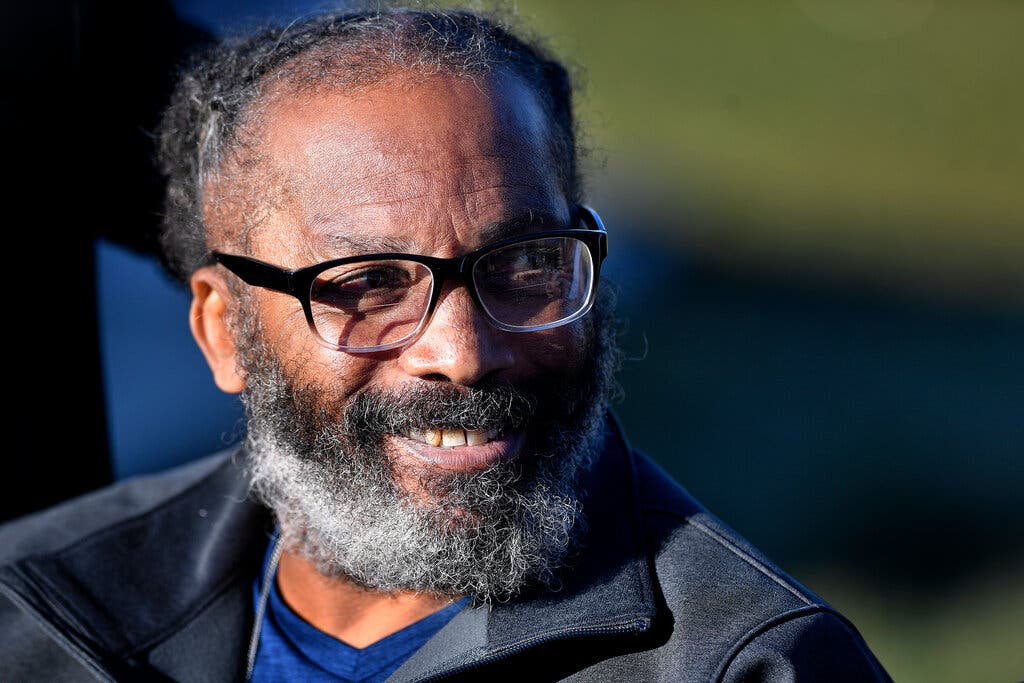 Kevin Strickland after his release from prison on Tuesday. He said he hopes to build a small house with a fishing pond nearby. Rich Sugg/The Kansas City Star, via Associated Press.

More than 20,000 strangers have donated to an online fund-raiser to help Kevin Strickland’s re-entry to society.

By Christine Chung and Claire Fahy

Kevin Strickland left a Missouri prison penniless on Tuesday after serving more than 40 years for a triple murder that he did not commit, but more than 20,000 strangers have donated about $1.3 million to an online fund-raiser to help his re-entry to society.

He was exonerated without DNA evidence, which disqualified him from being compensated by the state, despite spending decades behind bars, his lawyers said. Mr. Strickland, 62, said on Friday that the community did not owe him anything for his wrongful imprisonment.

“The courts failed me and that’s who should be trying to make my life a little more comfortable,” he said. “I really do appreciate the donations and contributions they made to try to help me acclimate to society.”

Mr. Strickland said the four days back in Kansas City had been overwhelming.

The sprawl of highways was especially dizzying, he said during a phone call while headed to the Independence Center shopping mall to spend $25 that someone had given him. He said he planned to buy a bag of cough drops and a shower cap — his first purchases outside of prison in more than 40 years.

The online fund-raiser, organized by the Midwest Innocence Project, was set up by Tricia Rojo Bushnell, one of his lawyers and the project’s executive director. Ms. Bushnell said she routinely raises funds for newly released clients but the amount raised for Mr. Strickland was a surprise.

“I think for all of us it’s hopeful, right?” Ms. Bushnell said. “Until the system has changed where the system is failing, the community is stepping in to fix it, to fill the void. It’s pretty amazing.”

Mr. Strickland does not yet have a bank account, a phone or a form of government identification. For now, he is staying at a brother’s house.

Mr. Strickland will receive the full amount of the donations as soon as he has a bank account to transfer it into, Ms. Bushnell said. The Midwest Innocence Project will also set him up with a financial adviser to help him structure the money and determine how he wishes to spend it.

Ms. Bushnell printed out a packet of supportive comments that accompanied the many donations.

“I wish I knew how many pages it is, but it’s very thick,” she said. “He can read them and see them and know that it’s not just monetary. The folks have messages and stories of hope for him.”

Mr. Strickland was convicted in 1979 of killing three people in Kansas City the year before: Sherrie Black, 22; Larry Ingram, 21; and John Walker, 20. The only eyewitness had picked Mr. Strickland from a lineup. Mr. Strickland was sentenced to life in prison without the possibility of parole for 50 years.

One of the two other men who pleaded guilty to the murders maintained that Mr. Strickland played no part in the killings, and the sole eyewitness later recanted her testimony, Judge James E. Welsh of Missouri’s Western District Court of Appeals noted in his decision to exonerate Mr. Strickland.

The exoneration advanced after the passage this year of a state law allowing prosecutors to hold hearings for potential wrongful convictions for which there was new evidence.

Jean Peters Baker, the prosecutor for Jackson County, said in a statement that she filed a motion in Mr. Strickland’s case as soon as she could in August.

“Mr. Strickland was falsely held for 43 years and he doesn’t have a single cent to support him from the State of Missouri,” she said. “He should be paid for this wrong that happened to him. No one could argue that would not be the right thing, the just thing, to do.”

Barbara O’Brien, the editor of the National Registry of Exonerations, said there is a misconception that a majority of exonerations relied on DNA evidence. Of the registry’s 2,900 exonerations, only 549 involved DNA.

“It’s shortsighted to have a compensation scheme that turns on whether or not there’s DNA evidence of innocence because that has nothing to do with how innocent they are,” she said.

Ann Jacobs, executive director of John Jay College’s Institute for Justice and Opportunity, said that the goal of re-entry into society was to “move from survival” to a plan for long-term stability and self-sufficiency.

“Everybody who, you know, goes away for some period of time has to come back and reconstruct a whole life for themselves, and their ability to do that is different depending on what their lives were like before they went in, how long they’ve been away, and what kind of support exists for them when they get out,” she said.

In many cases, it is very important for those exonerated to receive a formal apology, Ms. O’Brien said. Mr. Strickland said he would have liked to receive apologies from top state officials but that he’s not dwelling on it.

There are other life plans to attend to, he said, like leaving Missouri and pursuing his dream of buying a small piece of land outside of a city.

“I’ll build a small house, a small bedroom, two- to three-bedroom house, have me some chickens and four to five dogs, a fishing pond somewhere close by, a big fence where nobody can get in,” he said. “Just some alone time, some getaway space.”