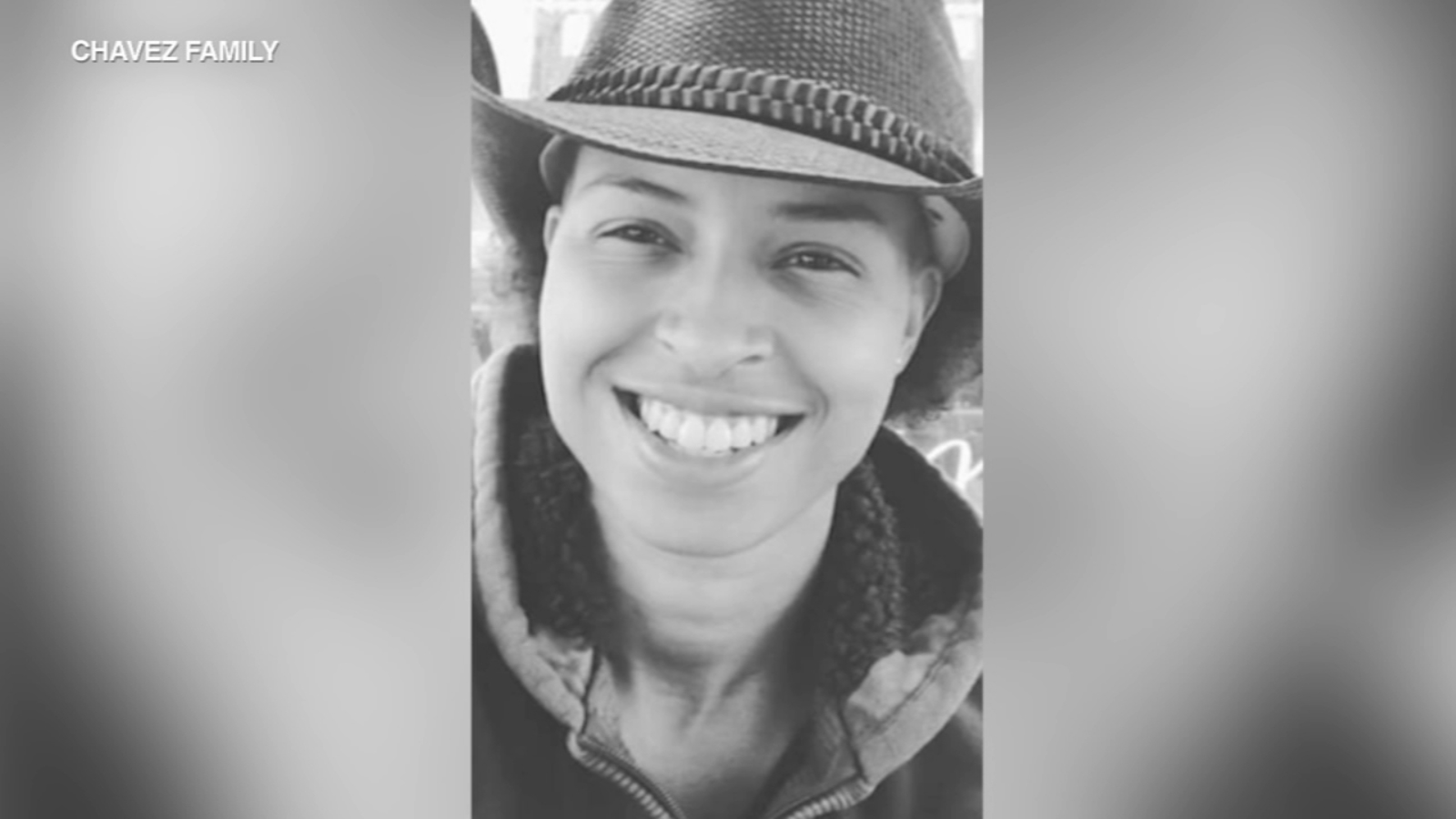 Irene Chavez, 33, was arrested at Jeffrey Pub a few hours before her death

CHICAGO — A week before Christmas, Irene Chavez was at a bar on the South Side when she was arrested for simple battery.

Chavez, 33, ended up in a cell at the Grand Crossing police station. A few hours later, two detectives showed up at the Chavez family home to deliver devastating news: Chavez had been found hanged in that cell, her family says they were told.

If you or someone you know is struggling with thoughts of suicide, you can reach out to the National SuicidePrevention Lifeline 24 hours a day at 800-273-8255.

On Monday, family gathered outside the police station at 7040 S. Cottage Grove Ave. to set up a makeshift memorial to honor Chavez and to seek answers. They say police have offered few details about the circumstances surrounding Chavez’s death.

Irene and Iris Chavez’s parents stood nearby outside the station. The mother, Cynthia Chavez, dropped to her knees and prayed on the wet pavement.

Iris Chavez said police gave her a heavily redacted report the morning her sister died. She said they told her that her sister had hanged herself with a shirt. Irene Chavez was at the Jeffery Pub on South Jeffery, where she was arrested for simple battery, her sister said.

But the sister said she knows almost nothing about the circumstances of the arrest, including what led to it.

“If you danced with her that night at Jeffery Pub or just bought her a drink or she bought you one, come forward. Nobody is giving me answers,” Iris Chavez said.

Stroth called on Mayor Lori Lightfoot and Chicago Police Supt. David Brown to help the Chavez family in their search for answers.

“We know there is video that exists,” Stroth said. “We know Iris shouldn’t get a redacted police report. The family wants answers. The family is demanding truth.”

Beneath a tree outside the police station, family and friends set up a temporary memorial, with photographs of a smiling Irene Chavez, Christmas decorations, sports jerseys from her favorite football team, the Green Bay Packers, along with two dozen candles in the Packers colors – green and yellow.

The family walked through the front doors of the police station Monday to see if they could have some of their questions answered. They were politely told by the watch commander to contact the city’s legal affairs department or the Civilian Office of Police Accountability.

A Chicago police spokesman referred media questions to COPA. An agency spokesman could not immediately be reached for comment.

The Civilian Office of Police Accountability is currently investigating the death of Ms. Irene Chavez, which occurred December 18, 2021, following a medical emergency while in custody at the 3rd District Police Station.

Ms. Chavez was arrested after being involved in an incident which occurred at the Jeffery Pub Tavern located at 7041 S. Jeffery Boulevard.

COPA immediately began its investigation once notified of the incident. Investigators were present for the autopsy conducted by the Cook County Medical Examiner’s Office. As a result of any death in police custody, COPA will provide notification to the State’s Attorney’s Office and Federal Bureau of Investigation (FBI) for possible criminal review.

Although in the early stages of the investigation, COPA Investigators have also obtained and reviewed body worn video and requested POD video of the initial arrest of Ms. Chavez, who was then placed in police custody. At this time, there is no video surveillance of Ms. Chavez in the 3rd Police District Tactical Office where the alleged suicide attempt occurred; however, COPA will continue to conduct its investigation to determine if video captures the alleged suicide attempt and actions by officers in the immediate aftermath.

COPA has made contact with family and will provide updates as the investigation proceeds.

Previous More Than $1 Million Raised to Help Missouri Man Exonerated After 43 Years
Next Grief, faith and anger: Christian Hall's parents reflect on a year without their son