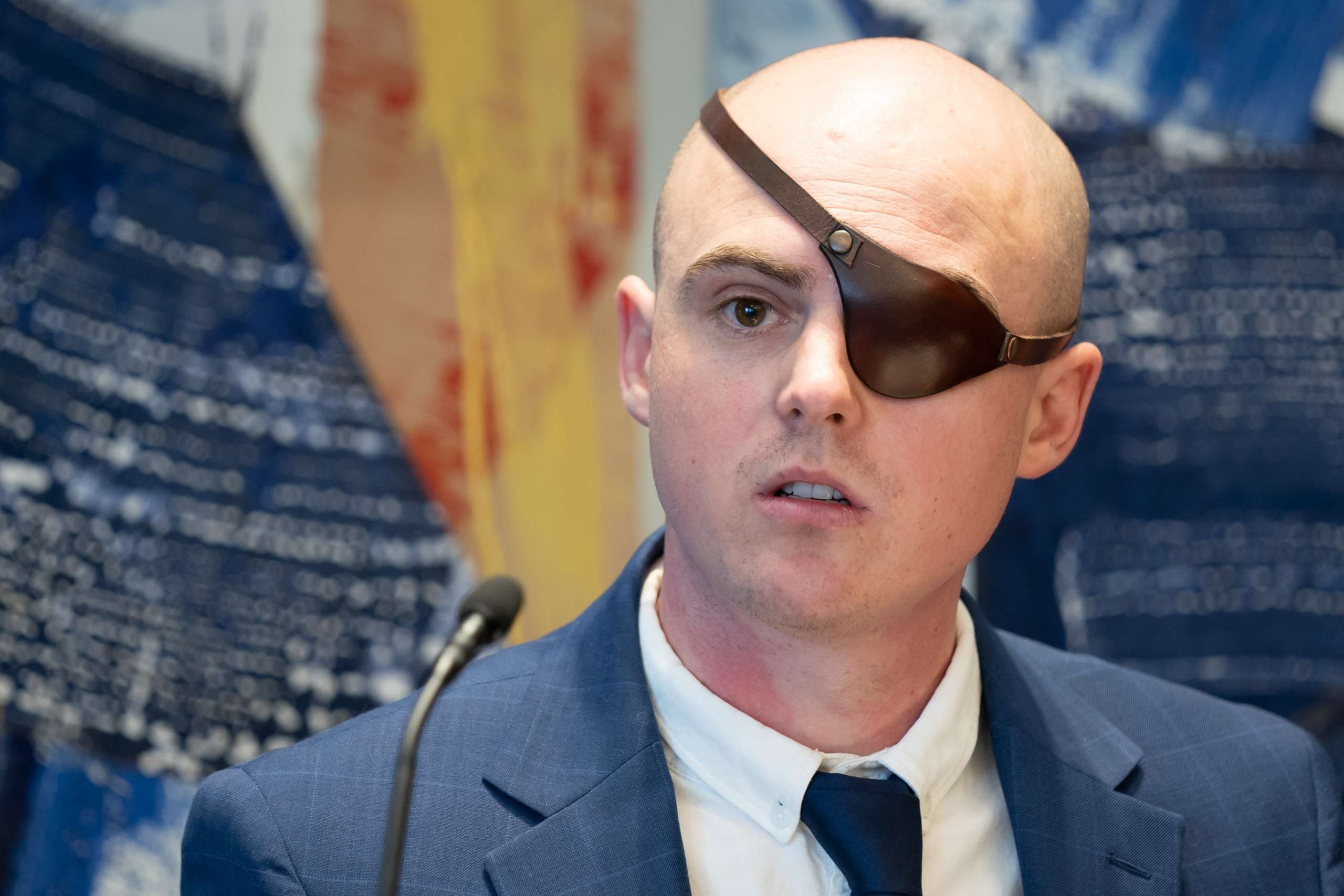 A Minneapolis man who sued the city after losing his eye when he was struck by a projectile fired by police during a protest after George Floyd was killed will receive $2.4 million, as a result of a U.S. District Court judgment against the city.

A Minneapolis man who sued the city after losing his eye when he was struck by a projectile fired by police during a protest after George Floyd was killed will receive $2.4 million, as a result of a U.S. District Court judgment against the city.

“I am asking for one thing,” said Stevenson, “that the city of Minneapolis and the state of Minnesota act this year to make the Minneapolis Police Department more transparent and more accountable to the community.” He also urged support for law enforcement reforms being proposed this year at the Legislature.

The $2.4 million figure was arrived at following a settlement conference, according to court records. By agreeing to pay the $2.4 million, the city said it is not admitting liability and that it denies the validity of Stevenson’s claims.

Stevenson was struck by a 40mm blunt-impact projectile while standing with a group of other protesters on a closed ramp near Interstate 35W and University Avenue on the evening of May 31, 2020. It was still before the declared 8 p.m. curfew, and he said he heard no order to disperse.

“I did not riot, I did not vandalize, I caused no damage to people or property, did not even disobey police orders,” said Stevenson at the news conference.

He had joined the protest following the May 25 killing of Floyd by officer Derek Chauvin, who knelt on Floyd’s neck for over nine minutes. Chauvin is serving a sentence of more than 22 years in prison.

Stevenson suffered extensive damage to his facial bones, and his left eye was removed. A prosthetic eye was implanted and he now wears an eye patch. He said he woke up Wednesday morning and wiped blood out of his eye. “I’ve had to do that for two years,” he said.

Stevenson, who has a master’s degree from the Hubert H. Humphrey School of Public Affairs at the University of Minnesota, is currently a real estate development officer working for a co-op developer.

Kathryn Bennett, an attorney with the Robins Kaplan law firm, said that Stevenson was demonstrating peacefully and that the tactical launcher fired at him was not a nonlethal weapon, as police claim. “It can cause injury or death,” she said.

So far, three similar suits have been resolved for lesser amounts. In October, the City Council approved a $45,000 settlement to Autumn Larson, 25, who said police shot her in the face with a projectile as she was driving away from a protest. In January 2021, the council approved a payment of $57,900 to Graciela Cisneros, 22, who suffered an eye injury when police fired a projectile at her on May 29 as she was going home after a demonstration.

The city also paid $10,000 to Nicholas Sciorrotta Jr. after he alleged he was shoved to the ground by Minneapolis police officers when a group detained a suspected white supremacist at George Floyd Square.

Numerous other lawsuits against Minneapolis police stemming from how authorities handled demonstrations that erupted following Floyd’s death, leading to a number of severe injuries, are still making their way through federal court. Plaintiffs include:

— Ethan Marks, who had a tear gas cannister fired into his face by a Minneapolis officer on May 28, 2020, as he and his mother were cleaning debris near the Target store on E. Lake Street. His injuries included permanent damage to his retina and cornea and facial fractures as well as a concussion, according to his suit.

— Journalist Linda Tirado, who was taking a photo when she alleges police ignored her press credentials and fired a foam bullet into her face four days after Floyd’s death. “By the time protesters got her to the hospital, Ms. Tirado’s left eye was permanently destroyed,” the complaint says.

— Samantha Wright, who alleges that during a protest near Lake Street and Nicollet Avenue on May 30, 2020, she was shot several times with projectiles, one of which struck her left eye and caused permanent eye damage.

— Jaleel Stallings, who alleges that on May 30 someone in an unmarked van fired two nonlethal shots at him, one hitting him in the chest. “Mr. Stallings fired toward, but not directly at the van while he went into cover,” the suit alleges. “Once in cover, Mr. Stallings learned that the van contained police officers.” He says he surrendered to officers, who beat him for approximately 30 seconds. After the arrest, he said, officers claimed Stallings shot without provocation. Police deny wrongdoing.

— Ericka Khounedaleth, an accounting administrator from Plymouth, who alleges she was yanked from her car at gunpoint by a Minneapolis officer who then pushed her to the pavement amid a protest on May 31, 2020.