Crime is killing USA’s cities — if we just move away, it will follow us 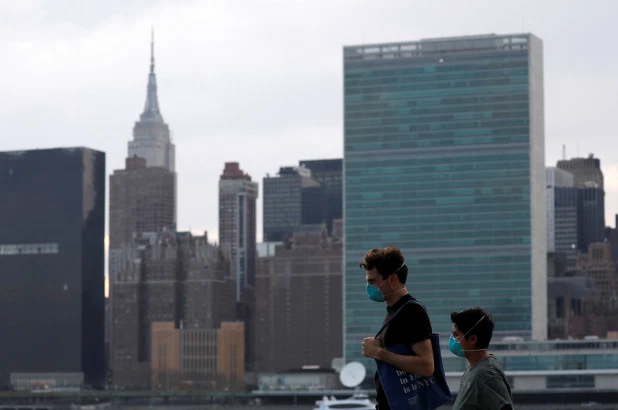 It doesn’t have to be this way.

American cities are on the brink.

Violent crime is spiking up astronomically, and every day brings grim new statistics.

Last week, New York City reported a 95 percent year-on-year increase in shootings for the first 11 months of the year. Last month, Washington, DC, hit 167 homicides, which means the federal capital had more killings by November than it did for all of last year.

The slay total is the highest in 12 years. And that was all before a 15-month-old was killed last week after unidentified gunmen opened fire on his father’s vehicle. Chicago, Philadelphia, Seattle, Memphis and Minneapolis — that last the epicenter of the #DefundThePolice movement — are all setting new records. The blood splashed and bullet casings strewn across our streets spell disaster.

If the great urbanist Jane Jacobs were still around, she’d have to title her iconic book “The Death and Death of Great American Cities.” But if you mention how bad things have gotten in our cities, you are likely to be met with one of two responses.

The first, by people who live in these cities but are lucky enough, so far, to be ­unaffected by the dismal violence, is nonchalance. They will tell you that everything is fine. They heard music in the street today, and here’s a picture of the burrito they ate there. These people can be seen arguing that it’s “just” murder and shootings that are up and that some crimes, like rape, are actually down. They want to ignore what is happening, lest they accidentally agree with President Trump or anyone outside their comfortable liberal bubble. Everything is totally fine, and they won’t hear a word said otherwise.

The other response comes from people living in small towns, suburbs or rural areas. “Move,” they implore. Leave the city you’ve ­always loved, rip your kids from their lives, abandon your extended family and vote with your feet. That’s a cruel and shortsighted idea.

For one thing, it assumes it’s easy for urbanites to just uproot their lives, apartments, schools and jobs and move elsewhere. Many can’t. It also assumes that crime will stay clustered in one place forever.

Suburbs previously saw spikes in crime, as gangs moved from the cities into suburban hoods. And some years, when American cities experienced ­declines in shootings, the same crimes in suburbs spiked.

The other problem with pretending we can simply outrun crime is that the current problems plaguing our cities come from bad ideas, and those bad ideas can easily spread to your comfortable towns so far untouched by our rot. It isn’t just the crime that spreads — it’s the bad policies.

It won’t just be people who disapprove of the bad ideas who will get out as things get worse. With COVID-19, plenty of people have left cities for more space or because their child’s school didn’t open. They may still believe in all of the failed philosophies causing the destruction behind them.

We have to get rid of the bad ideas implemented during the good times. “No bail” is a concept politicians come up with when murder rates were at a 20-year low, inapt when children are being shot in the street. District attorneys deciding not to prosecute “low-level” crimes are undoing years of effective crime-fighting.

A NYPD news release from July noted that “from January through the end of June, more than 2,000 people arrested in a crime with a gun recovered had cases against them that remain open in the courts.” #DefundThePolice is something only the bourgeoisie can support. In Gotham, the elimination of funding for a new cadet class and a high number of police officers leaving the force are going to culminate in obvious disaster.

And defunding isn’t the only terrible idea to emerge from the left in the past year. The disrespect and the disdain for members of the police force take a toll on the officers. When we foolishly turn police officers into the ­enemy, we find ourselves on the side of the criminals. Our focus in bringing back our cities has to be on what worked in the past.

We’ve tried the lefty crime-fighting wish list, and it led to more dead people on our streets. Neither ignoring the violence nor abandoning our city because of it will work. We need grown-ups in the room to stop the failed policy ideas — now.